All current and previous game codes for Dragon Ball Hyper Blood on Roblox. 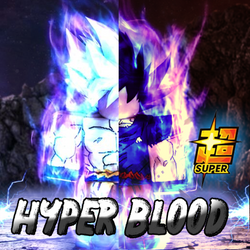 How to Use Codes in Dragon Ball Hyper Blood

To use codes in Dragon Ball Hyper Blood, first click on the Codes button at the bottom left corner of the main menu:

Next, type your code into the blank blue box, and then click CONFIRM: 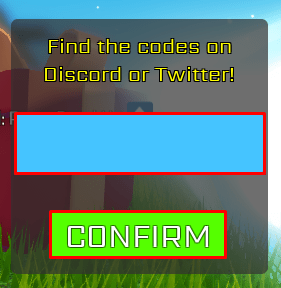 Channel your inner superhero in and battle it out with enemies in Dragon Ball Hyper Blood, a PvE and Anime-based combat simulator. After joining the game you'll find numerous abilities become available to you - whether that be Ki Attacks or Zenkai Boosts, all will prove useful when taking down future opponents which stand in your path.

The game hosts an open-world map, which means you're free to explore any environments and settings you come across. However, each location will accommodate a series of different hostile entities which you'll need to take out if you hope to progress further within the game. Despite the fact these mobs may seem easy at first, as you venture deeper into hidden areas, you'll find that their abilities will prove more damaging and that defeating them is not so easy. Through every victory however you'll gain extra "Ki", which will improve your attack skills as well as the damage you're able to deal. Once you think you've mastered the game, you are able to restart your progress fresh, however this time unlock new boosts and features which were previously unavailable!

Codes from this game are case sensitive. They should be typed out exactly as they are shown.