All current and previous game codes for The Flash: Earth Prime on Roblox. 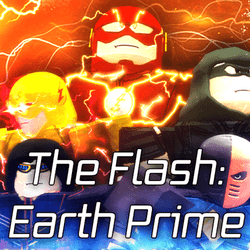 How to Use Codes in The Flash: Earth Prime

To use codes in The Flash: Earth Prime, first head to the main menu and type your code into the Enter Code Here box at the bottom right corner of the screen: 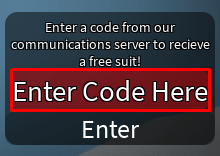 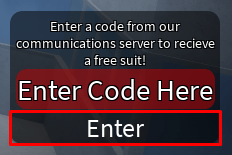 About The Flash: Earth Prime

In The Flash: Earth Prime, you are faced with two choices: become a hero and protect the world against any threat, or take on the role of a villain and wreak havoc across the planet wherever you see fit. Set within the DC universe, you're able to play as any of your favourite superheroes or villains from the franchise, including characters such as the Flash, Arrow, as well as Supergirl. Explore the large open-world map set out before you, and journey to different locations scattered across the world including Docks, CCPD, and also the Hall of Justice. Battle it out against the opposing team with a wide range of different abilities available to you, and make sure any opponents don't succeed in their plans.

Codes from this game are case sensitive. They should be typed out exactly as they are shown.